If you’re using node.js on Windows and are interested in getting easy access to some of the cool WinRT-based APIs in Windows 8.0 and later, you should check out the new NodeRT project on Github. It’s a tool that allows you to automagically generate native node.js modules from WinRT winmd metadata files, making them easily available in node: 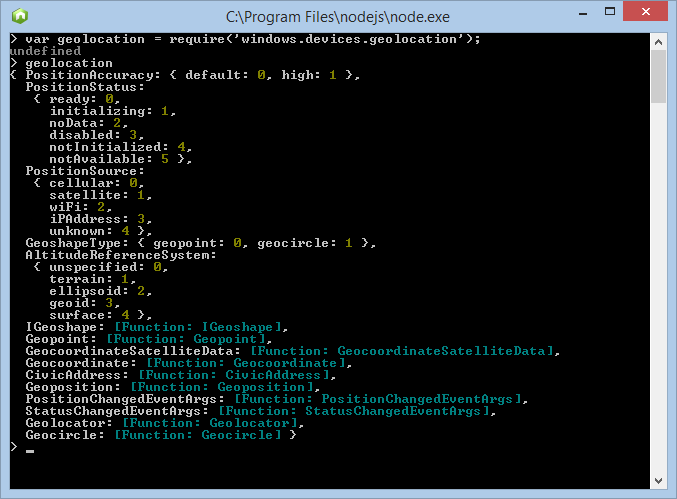 Since node.js runs as a regular Win32 application and not a Windows Store application (is that what we’re calling Metro these days?), you won’t be able to get access to Store-only WinRT APIs, but there are still quite a few useful WinRT APIs available to desktop apps.

Pretty awesome, check it out!